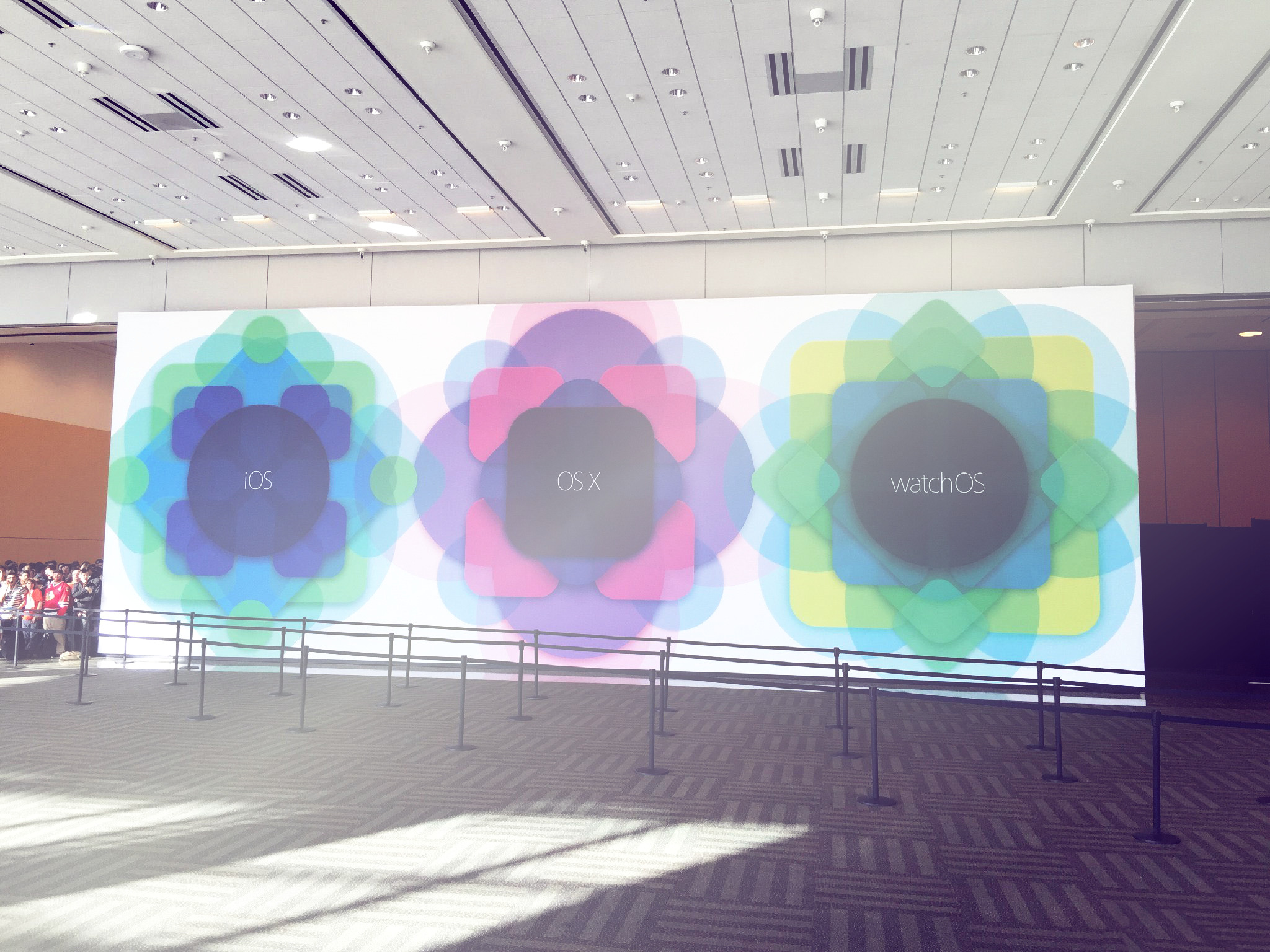 First, let’s have a look at the majestic WWDC 2015 Conference Hall. Here links the live movie from Apple. We can always learn a lot from the presentation style from Apple: Simple slides, fluent animation and live demos. But most importantly, tell a story to your audience. iOS 8 now covers 83% of iOS, what an amazing update rate… Perhaps this is because many perfectionist hates the red dot on the Settings icon 🙂 The iOS 9 update is only 1.8GB. It cares user privacy (really? what does Google and Microsoft think? lol)

Besides, improved Apple Map (but I’ll keep on using Google…)

Better battery life (as claimed, up to 3 hours improvement):

For the first time, iPad users will have the ability to have two apps open at the same time, with the option to choose between a 50/50 or 70/30 screen split. This feature, we should point out, will only work on the iPad Air 2. Apple also made a huge play to take over your car’s dashboard: CarPlay.

Basically, it’s an embedded iPad that controls your car in a native way. Apple on Monday also unveiled an Apple Watch SDK that will enable apps to run locally on the device itself. As a result, we can expect faster app performance all around. What’s more, developers will have API access to a whole host of Apple Watch components, including the digital crown, the device’s health sensors, and the Apple Watch’s haptic engine. Having said that, it stands to reason that the quality and utility of Apple Watch apps is poised to expand dramatically in the months ahead. Apple Pay is expanded into England and Passbook on iOS is renamed to Wallet. I believe it will be the future though few people are using it frequently now. This app might kill Flipboard on iOS. It’s magazine style and beautifully designed. The contents can be customized by users and layout is generated automatically. The animation is really fun and makes news come to life. Videos can be embedded into the article. With iOS 9, Apple has kicked Newsstand to the curb and replaced it with a new Flipboard-inspired app called News. With the News app, users can take a look at a sampling of stories from top news sources based on topics that can be pre-selected. Apple says users will be able to “explore over a million topics” from top news organizations and indie publications such as The New York Times, Buzzfeed, and ESPN. Even better, the more you use News, the better the app will be at presenting you with stories you might find interesting. Here is a formal introduction:

Apple on Monday introduced its long-anticipated streaming music service. As expected, the service will feature on-demand music streaming, a worldwide radio station, and song recommendations based on user tastes and artist recommendations. Price-wise, Apple Music will cost $9.99 for a single license. A family license which can support six users will cost $14.99 a month. The new service will be bundled inside the iOS Music app and will come with a free three-month trial. Whether or not it can topple Spotify remains to be seen.

One sentence: Swift is open-source now. The style of Swift is very modern:

That’s all. Thank you for reading, commenting and sharing!